When I grew up, we seldom visited the doctor. My mother grew herbs for common ailments and I remember the books of the famous Dutch herbalist Mellie Uylderd and of Doctor Vogel took pride of place in her library. I learned basic herbalism from my mum and am still learning every day. Nature is forever fascinating! 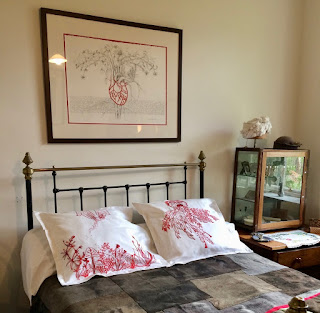 Since the beginning of human history women have been gatherers. Traditionally women collected herbs and administered them through food and medicinal preparations. They had the knowledge of plants, which also gave them a certain power. Later the socalled ‘physical’ herb-women collected plants and sold them to quacks or apothecaries who in turn sold them at exorbitant prices.

While learned men studied science and medicine at institutions, prohibited to women, it was often the women who had the practical knowledge of the properties of plants. Scientist such as Joseph Banks, Philibert Commerson and Frederick von Mueller, who got credit for their ‘discoveries’ and gave them Latin names, acknowledged that they got some of their knowledge from (unnamed !) women.

Herbal medicine is the oldest form of therapy. The largest percentage of the world’s population still depends on it.  In Western societies however, church and the College of Physicians had great influence and tried to ban the use of herbs. People became more and more reliant on medical institutions and as a result much of knowledge about the use herbs, traditionally transmitted orally by women, has been lost to the mainstream population.
Posted by artist at 7:39 PM No comments: 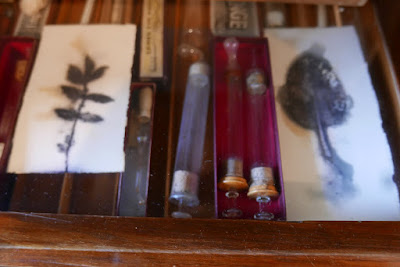 During the last few decades, there has been a great resurgence of interest in herbal medicine in the West. Big pharmaceutical companies are increasingly looking into medicinal properties of herbs. The herbal product industry, with its scientific research and pharmaceutical manufacturing processes is a huge and growing business. At the same time there is an upsurge of interest especially in the younger generations to regain the knowledge of properties of the actual plants and their uses.
Posted by artist at 7:38 PM No comments: 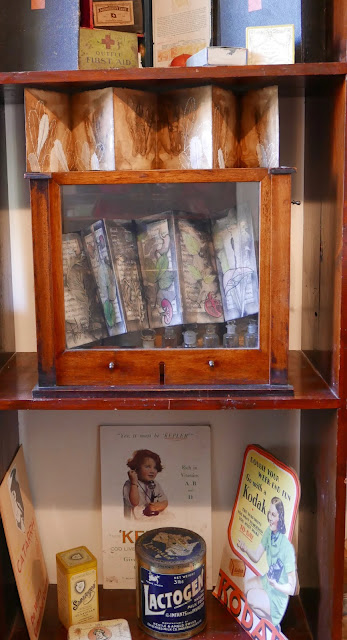 Book of Herbs and Organs, at 'Collecting Women' exhibition at the Pharmacy room at The cottage of the Rosiny Farm Art Centre
Posted by artist at 7:34 PM No comments: 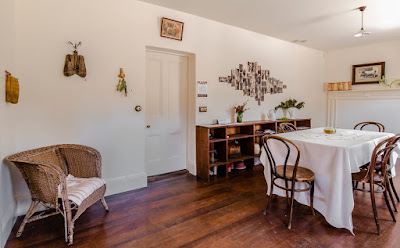 'Collecting Women',  artworks in the kitchen of the cottage at the Rosny Farm Art Centre
Posted by artist at 7:28 PM 1 comment: 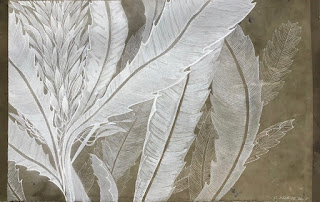